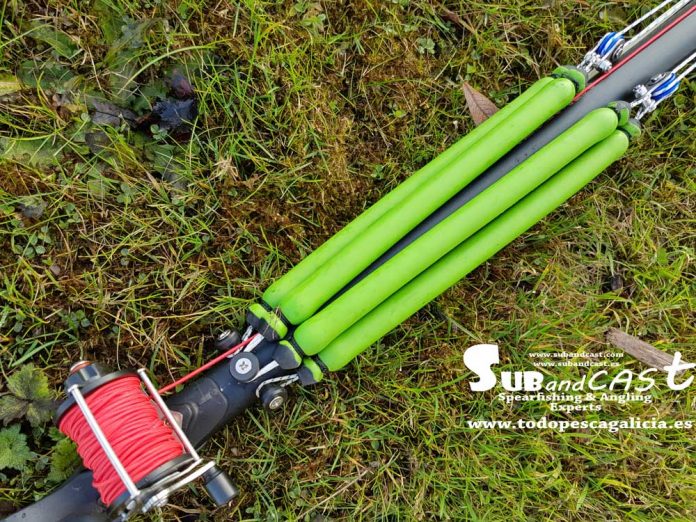 This is one of the greatest questions in spearfishing. Which ones are the best rubbers, more diameter is more power… To answer all this questions we must know come concepts about rubbers. In this article we are going to try to answer them. In an easy way, don´t going too deep, just to understand the basis. And don´t go into myths or mistakes.

WHAT ARE SPEARFISHING RUBBER BANDS

A question came to our head. As harder to load the rubbers more powerful will be. That is completely FALSE. Quality and performance are not related with that. These are related to give back the more possible percentage of the energy we used to load them. We are not going to discuss about technical questions, just try to talk plain so will be easier to understand.

We are going to use two examples (extremes ones just to understand it) A rubber like a tyre. If we want to stretch it we would need a lot of energy. And when we release it we would have almost nothing. And in the other extreme, a condom, easy to stretch and would return very fast to his initial position. Giving us back almost all the energy we used to stretch it. If we apply it to our interest the condom would be better for us. Not the tyre. 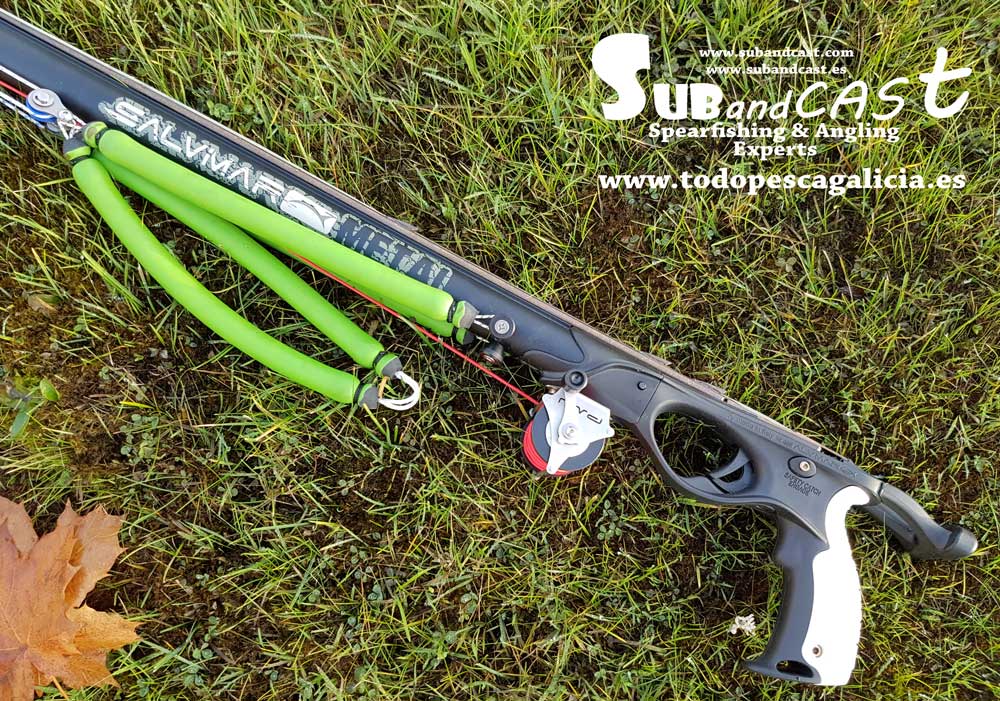 Here we would go into rubber quality, performance…

What we are looking for in spearfishing.

The ideal would be a rubber easy to load and which give the shaft the most possible speed. Give in return 100% of the energy used and all along the path from the handle to the muzzle. A continuous acceleration. If the rubber push more, have more acceleration in the first part, when it is released than in the last part, it´s not the best. We would have more recoil and less speed.

These ones are the rubbers we feel a big shock when we shot. All the power released, but the shot will be shorter.

And here we go into the “reactive” and “progressive” rubbers.

Reactive rubbers are the ones which offer most of the power as soon as we pull the trigger. More recoil. Are good rubbers for short shots when we are shooting to big fish with heavy shafts.

Progressive rubbers offer a smooth shoot. Give acceleration all along the shot. So the shaft will have more speed when it leaves the speargun. The recoil is much less so the accuracy is improved. Some spearfishers think that this shot has no power because it´s smoother than with reactive rubbers. But we can see that we have longer shots.

Be careful don´t mistake it with the energy we need to load it. A rubber can be hard to load but progressive, and other one could be easy loading but reactive.

The stiffness is the energy we need to stretch the rubber band. And this effort is the same to load a 20cm rubber in an specific percentage (like to stretch it to a 300% that is 3 times of it length) than a 50cm rubber to the same percentage.

What that means? It means that load a 60cm gun and a 110cm gun, with the same rubber (same brand) at the same percentage, will need the same effort. Then why a longer speargun will offer a longer shot if the energy accumulated in the rubber is the same? It is because the rubber will offer acceleration more time (it is longer) As longer is the rubber, as more path, more speed will have the shaft at the end and longer shot we will have.

That is why spearguns with retarded mechanism will offer better shot. Or why it is important to have the muzzle as short as possible. We gain rubber distance at the same percentage.

Each spearfisher is different, but most of the situations and guns, the progressive rubbers are the best.

The big question: which one is the best rubber?

Almost impossible to answer this question. Too many factors are involved, included personal preferences. We could resume in:

–          Lose less performance while it´s been loaded. Rubbers lose power and performance when they are loaded. Some of them lose more than other ones.

–          More acceleration and during more time. Will give more speed and reduce recoil, improving accuracy.

Another big mistake. Each rubber is designed to offer the best performance at a stretch percentage. Some rubbers are at 300%, other ones at 380%…

If we stretch it more we will only have more recoil, be harder to load it, brake the rubbers earlier and lose accuracy.

Not always. Diameter is not to have more power in our shot. The rubber bands must be in accordance with the shaft we are using. For the weight they must move.

In a light shaft, like a 6mm a good 16mm rubber will be enough and the best option. Less recoil and the best speed. Don´t forget that the distance is not because of the speed, we need weight in the shaft (inertia) to have longer shots. It´s like when we throw a stone. If it´s small, doesn´t matter how strong we can do it, won´t be too far. We need some weight to throw it further.

If we use a 16mm double rubber we will only have more recoil, lose accuracy. We won´t have a longer shot.

Here we can see the benefits of a double 14mm rubber for light spears. Will give speed with less recoil. But my personal preference is one 17-18mm rubber. Faster and easier to load. But here we are going into personal preferences.

The speargun must be balanced. And this is a relation:

To end this article we should know that there are not too many different rubbers. There are only a few companies and a lot of the rubbers in the market are exactly the same. Just change colours and the brand. And there are each day more chinese rubbers, some of them bad quality. So it´s very important knowing the market, try as much as possible so we can decide. And the rubbers lose performance if they are stocked for a long time.

If you have any question or a different opinión you can leave a comment.

Squid fishing from a drifting boat

This website uses cookies to improve your experience while you navigate through the website. Out of these, the cookies that are categorized as necessary are stored on your browser as they are essential for the working of basic functionalities of the website. We also use third-party cookies that help us analyze and understand how you use this website. These cookies will be stored in your browser only with your consent. You also have the option to opt-out of these cookies. But opting out of some of these cookies may affect your browsing experience.
Necessary Always Enabled

Any cookies that may not be particularly necessary for the website to function and is used specifically to collect user personal data via analytics, ads, other embedded contents are termed as non-necessary cookies. It is mandatory to procure user consent prior to running these cookies on your website.

MYTHS AND MISTAKES IN SPEARFISHING TRAININGS

How to extend your apnea and dive deeper